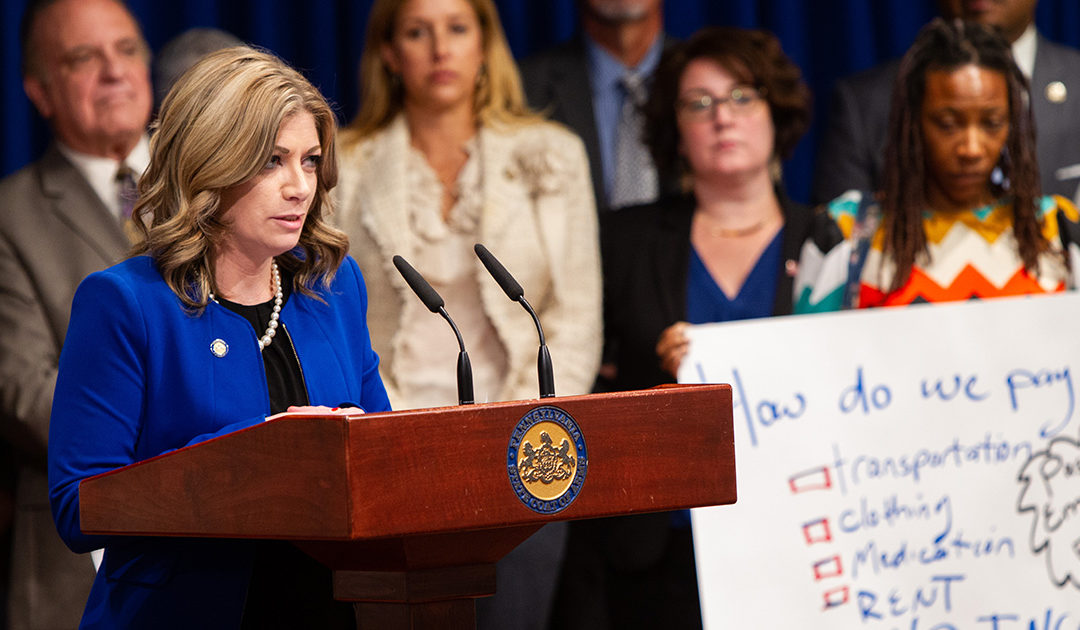 Program would benefit those who lost General Assistance support

“We are failing to protect the most vulnerable, [the elimination of General Assistance] was cruel and it was shameful” said Muth. “I hope we can get Emergency Relief passed.”

Muth also expressed concern that after GA was cut as part of this year’s budget negotiations, the Department of Human Services has instead spent funds on a lawsuit to support the gutting of the program.

She believes the money currently being spent on the lawsuit would be better suited to helping those who were left to struggle after GA was eliminated. She says that it is up to the people of Pennsylvania to call out this hypocrisy.

“Everyone should contact their elected officials, especially those in leadership, to bring relief legislation forward.”

There are efforts in the state Senate and House to create an Emergency Relief program that would restore financial assistance to some of Pennsylvania’s most vulnerable residents.

In the Senate, Muth circulated a co-sponsorship memo with Senators Lindsey Williams, Maria Collett, and Pam Iovino in June urging their colleagues to support the creation of Emergency Relief.

The program would provide an average of $200 per month for an eligible individual to pay for various necessities, such as transportation, rent, bills, toiletries, medications, and laundry. The financial assistance would specifically go to people with disabilities who cannot work, people in treatment for a substance use disorder, orphaned children cared for by neighbors or friends, people fleeing domestic violence, qualified veterans or people caring for someone with a disability.

“As elected officials and as Pennsylvanians, we have a duty and moral obligation to stand up to our most vulnerable residents,” said Dinniman. “This impactful program provides both a safety net and a path to self-sufficiency for those who are facing some of the toughest circumstances for their lives. It gives them a fighting chance for a brighter future – a future that they deserve.”

Advocates and lawmakers shared statements from individuals who received and relied on GA funding before it was eliminated.

In one statement read, a 30-year-old man expressed his fear that the loss of GA would end his ability to pay his rent in the recovery house where he currently lives as he works through a treatment program for substance use disorder. If he does not receive assistance to stay in the recovery house, his only option is “to return to a shelter, where he may relapse back into addiction.”

Another statement shared was that of a 60-year-old woman who used the assistance to cover the costs of some of her bills, including her water and phone bill. She received a small amount of $60 through the GA program.

Other statements shared expressed people’s fears of the upcoming winter as they wonder how they will now afford heating bills for their homes and winter coats to keep warm.

“It’s like the government is abandoning us,” read the statement of a 50-year-old man who relied on General Assistance as he worked through treatment for substance abuse.

Muth expressed that General Assistance was a bridge to self-sufficiency for those who needed help after falling on hard times. She believes that the creation of an Emergency Relief program would serve those who need it in the same way.

“All people deserve the right and dignity to care for themselves and the assistance that was taken from them ended their ability to work towards that dignity,” said Muth. “It is up to us to help Pennsylvanians who are struggling get that support towards independence back.”