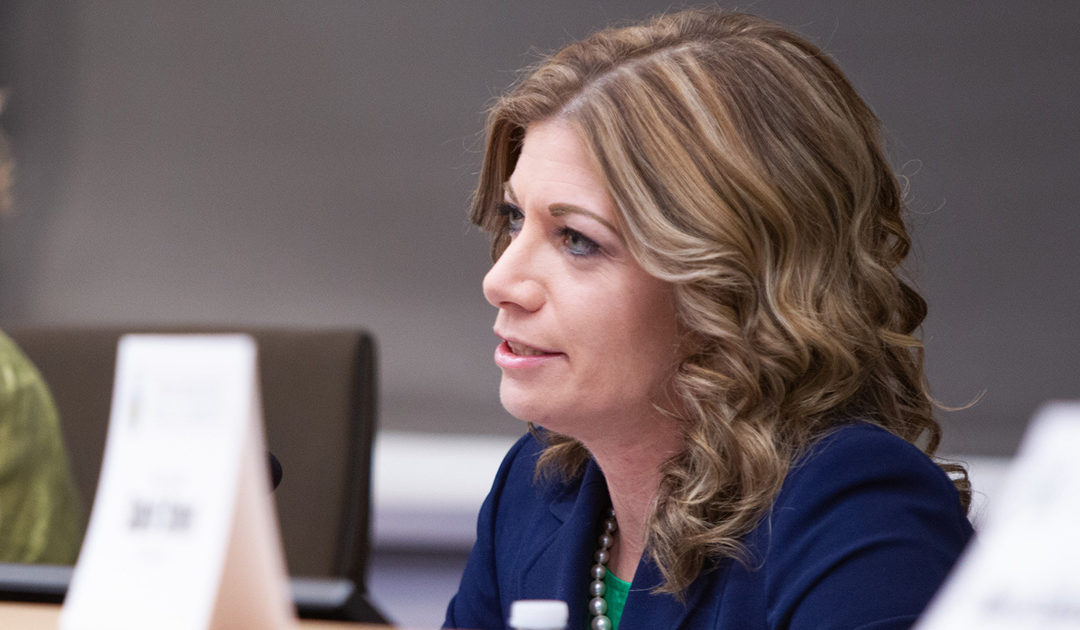 “Rape culture is an epidemic that is plaguing our communities and our government,” said Muth. “If the stories and discussions shared here today don’t inspire those in power to stand up and destroy rape culture, why did they even run for office?”

“If we don’t act, people will continue to suffer,” urged Muth.

Legislative efforts to combat rape culture were discussed at the hearing, specifically Senate Bill 540 which would reform the Pennsylvania statute of limitations to allow victim-survivors to choose their own pathway to recovery and justice.

Speaking about the need for legislative action on the issue, Attorney General Josh Shapiro advised lawmakers to act now.

“Other states are passing us by, their residents feel safer than ours,” said Shapiro. “I am inspired by the survivors. They want to be heard, they want to reclaim a part of their lives that was stolen from them.”

Muth, survivors, and advocates also called for greater support for victim-survivors as they cope with the effects of trauma.

Survivors shared how their assaults and experiences have impacted their daily lives and relationships.

“In 20 minutes, my colorful life became a shade of gray,” said Timothy Jones, a veteran survivor of sexual assault.

After reporting the assault, Jones experienced joking and teasing from other members of the military, eventually getting to the horrific point that he had to be removed from the barracks. He shared how he struggled with drug and alcohol addiction for 10 years following the assault. He had attempted suicide three times.

“I wake up every day reliving what happened 20 years ago, I have to choose to live every day.”

The joking and teasing experienced by Jones after his assault are examples of rape culture’s pervasiveness in our society and institutions.

Tommy Williams, a survivor of incest and founder of Tommy Talks PA, shared his story of having to deal hearing jokes about his real-life trauma.

“Growing up in rural Pennsylvania, incest is a punchline,” said Williams. “Language matters. My feelings matter. It’s time to end the ‘boys will be boys’ talk.”

Rep. Movita Johnson-Harrell (D-Philadelphia) shared her experience of being raped and how the stigma affects her, as well as other survivors.

“I couldn’t tell my family & my friends because of the stigma, I feared I wouldn’t be believed,” Johnson-Harrell said.

“We are failing our daughters, our sons, our sisters, our brothers. They don’t report for fear that they won’t be believed. If they do report, they risk re-victimization in the process.”

Muth recognized that the course to end rape culture will be hard, but a pathway to justice and healing for victim-survivors is possible if we are all willing to fight for it.

“This will be a battle, [rape culture] is in every institution in this land, but we will win,” Muth said.

“It is time to support victim-survivors with whatever resources they require to live their lives fully after experiencing trauma. Time is up for those who have committed these horrific crimes and for those who have perpetuated an unfair system and disgusting culture.”

Testifiers at the hearing included: