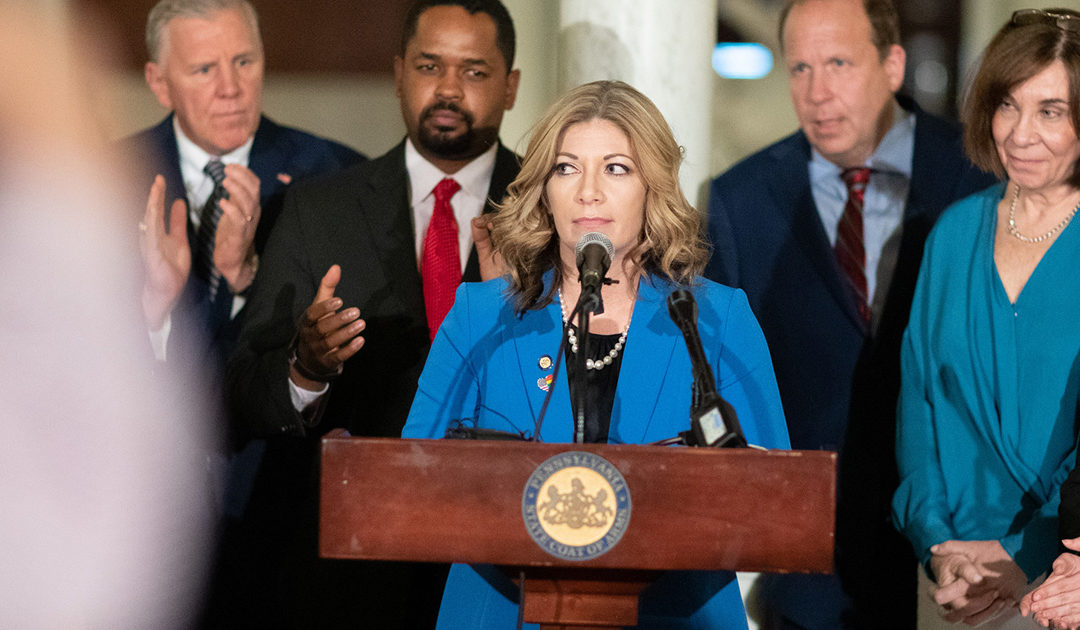 Sen. Muth went head to head with Republican Majority Leader, Jake Corman, as he continuously interrupted her address to the Senate. Muth, who had been recognized on the floor, urged for the Republican majority in the Senate to reconsider their stance on General Assistance and proceeded to read a statement from a General Assistance recipient, John Boyd.

Boyd, who had come to speak at the capitol earlier in the week, met with Sen. Muth and shared his story with Muth and other lawmakers. As Muth repeated the words of John Boyd in verbatim, “I am alive today because General Assistance is supporting my stability…”, Senator Corman repeatedly attempted to interrupt Muth, demanding loudly for President of the Senate, Lieutenant Governor John Fetterman, to “do [his] job” in calling for a vote and end Sen. Muth’s address to the Senate.

Sen. Muth continued to read the statement from Mr. Boyd despite the aggressive and persistent demands of Senator Corman, who went as far as to suggest that Lt. Governor Fetterman “can’t preside [in his position as Lieutenant Governor and President of the State Senate].” Muth finished the statement from Boyd matching the volume of the interruptions from Sen. Corman, “please work to save General Assistance and allow it to continue to go on so people can have a new start, just like me- John Boyd.” Afterwards, Sen. Muth said “The Republican members’ opposition to General Assistance and a raised minimum wage is nothing short of an attack on the poor and working class people in the commonwealth.”

A video of Muth’s floor remarks is available here.

A press conference held by the Senate Democratic Caucus in which Muth speaks out against the Republican proposal to eliminate General Assistance is available here.