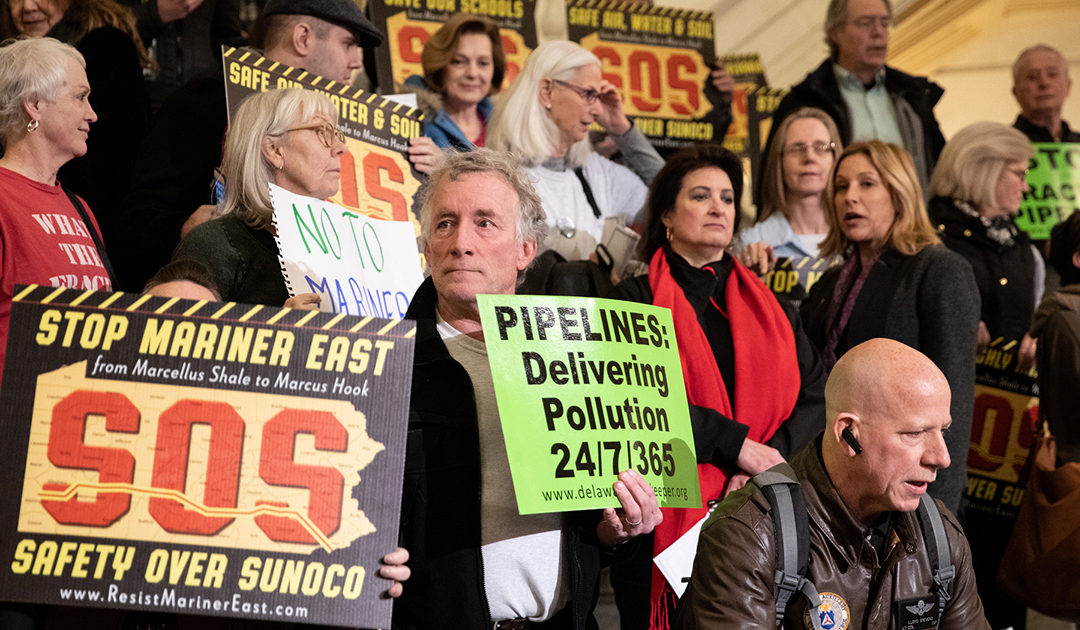 Harrisburg – March 19, 2019 – Sen. Katie Muth (D- Berks/Chester/Montgomery) announced that she will be introducing two pieces of legislation that would mandate specific safety and public awareness standards for pipeline construction and operation.

“While pipelines may be considered the safest way to transport volatile liquids and natural gases, Pennsylvania has garnered a lengthy history of gas-related accidents, leaks, and disasters,” Muth said.

“My legislation ensures that residents are adequately informed of, and involved in, safety procedures that are necessary to make sure their communities are not being harmed or damaged by pipeline activity.”

The first bill would require early collaborative creation and approval of comprehensive risk assessments for each individual pipeline proposal. The assessments would be used to create an Integrity Management Program (IMP) and Emergency Response Plan (ERP).

The second bill seeks to create an exception to Act 156 of 2006 that would allow agencies and a qualified Independent Third Party (ITP) to conduct the evaluations required by the first bill.

While pipeline operators are currently mandated to prepare IMPs, ERPs, and Public Awareness Programs before pipeline construction begins, they are not required to submit these plans for approval prior to receiving a construction permit or required to share the information with the public.

Muth cited the September 2018 explosion of a newly constructed methane gas pipeline in Beaver County as a recent event that inspired the legislation.

After the explosion, Governor Wolf called on the Public Utility Commission (PUC) to increase oversight of pipeline operations and to increase collaborative efforts, but Muth believes that her legislation will be the next step in safeguarding Pennsylvania communities from another disaster.