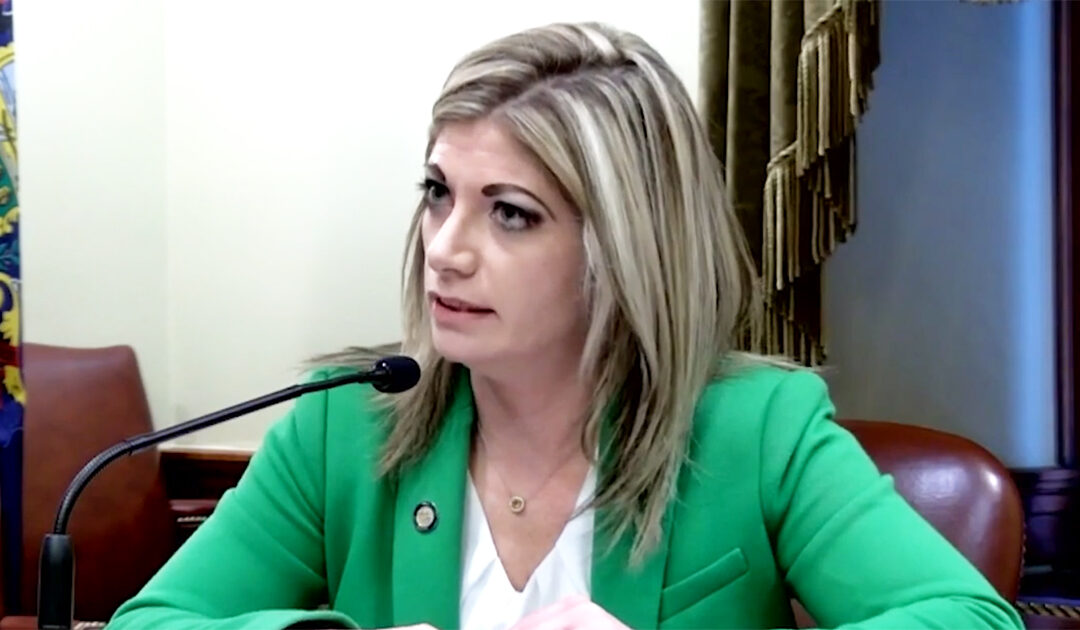 HARRISBURG − August 18, 2021 − State Senator Katie Muth (D-Chester/Montgomery/Berks) was met with blank stares in the state Capitol today as she pressed the Senate Environmental Resources and Energy Committee to prioritize a comprehensive plan to invest in Pennsylvania and address the environmental and public health issues impacting communities across the Commonwealth. The meeting was called by the Chair of the Senate Environmental Resources and Energy Committee meeting to consider sending a letter to the Independent Regulatory Review Commission (IRRC) opposing the CO2 Budget Trading Program (RGGI).

“No one wants to talk about water contamination or hazardous waste loopholes – not a word is being said. Yet our committee continues to waste time and taxpayer money by bringing us to Harrisburg for a partisan exercise,” Muth said. “There are communities that have been left behind because of our drilling industry; there are families suffering from the impacts of living next to the radioactive waste in landfills; there is contamination in our water supply. There is a mess to clean up across the Commonwealth and this Committee is only considering carbon capture, not a comprehensive plan to address our climate crisis.”

Republican members of the Committee stated that carbon capture, a very expensive and unproven method in reducing greenhouse gas emissions, was a feasible way to continue natural gas and petrochemical industry operations in Pennsylvania but would entail building additional pipelines. Pennsylvania currently has over 77,000 miles of pipelines.

“RGGI is not a tax – it is a pay to pollute fee that requires coal and gas power plants to pay for their carbon pollution. RGGI is one small piece of the puzzle but we should be talking about what is happening in our districts,” Muth added. “In my district, Sunoco dumped 8,000 gallons of hazardous waste and drilling fluid into a lake of drinking water, and it is still sitting there one year later.  We cannot compromise people’s health and wellbeing any longer in Pennsylvania for the sake of greedy corporations.”

Muth has introduced three bills designed to protect public health and address these hazardous waste loopholes. Senate Bills 644 and 645 would repeal language exempting the oil and gas industry from complying with the provisions of the Solid Waste Management Act and include drilling waste in the SWMA’s definition of “hazardous waste.” Senate Bill 646 would close the Leachate Loophole which allows unregulated, untreated industrial waste to end up in drinking water.

“The clock is ticking on our legislature to bring a Pennsylvania solution forward on climate change – and this committee has done nothing to help,” Muth said. “We need to put Pennsylvania on a better path forward and have a real discussion about the costs of environmental harm and public health.”

Both Chairwoman Carolyn Comitta and Senator Muth cited a recent report by the Intergovernmental Panel on Climate Change (IPCC) that states unequivocally that human influence has warmed the climate at a rate that is unprecedented in at least the last 2000 years.