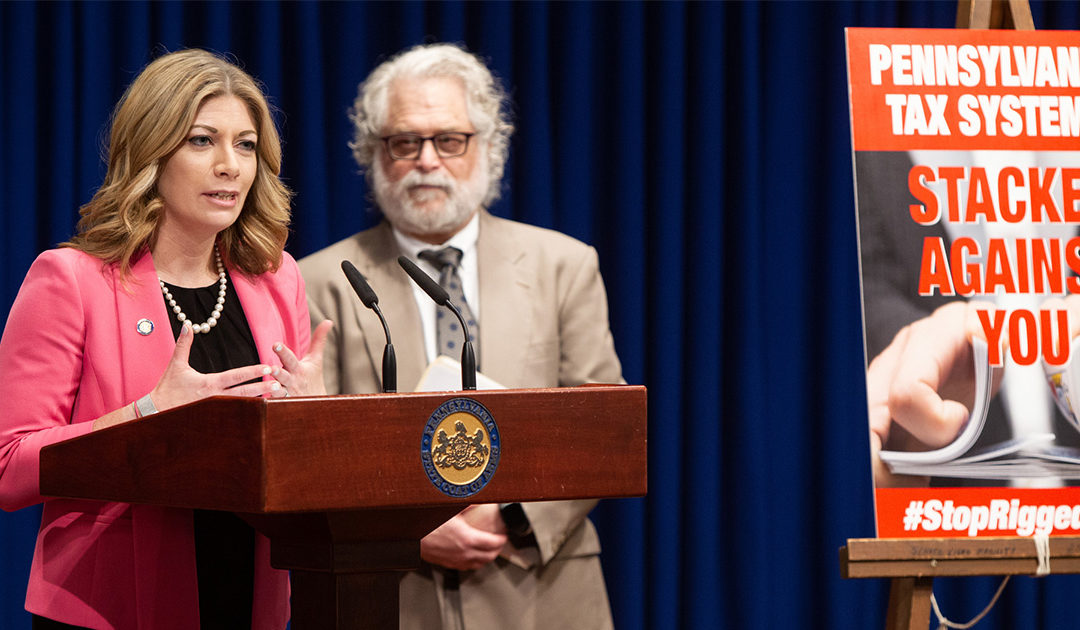 “Every day Pennsylvanians have the system rigged against them,” said Senator Haywood. “The rich are not paying their fair share. It’s time to tax the rich.”

“We need to bring fairness to Pennsylvania’s Personal Income Tax structure for the folks across the Commonwealth struggling to find economic security,” said Senator Hughes. “Our plan would provide a much-needed break to taxpayers with the lowest incomes and ensure the those at the top pay their fair share.”

“Our tax system is unfair. The tax burden on hard-working people and families has increased while wealthy corporations pocket tax giveaways and exploit loopholes, and that’s wrong. Pennsylvania needs tax justice,” said Senator Katie Muth. “We need to change the rules to create a tax system that works for all of us, and not just the wealthy few. It’s time for the government to do its job and ensure everyone is paying their fair share.”

“The Fair Share Tax would represent a major step toward fixing Pennsylvania’s broken, upside-down tax system. Our tax system is more than unfair, it also leads to our state’s revenue inadequacy. We simply cannot raise the necessary funds if we rely on raising revenues from working class Pennsylvanians whose wages have remained stagnant for years,” said Marc Stier, Director of the PA Budget and Policy Center. “The revenue raised from the Fair Share Tax would allow the state to increase investment in public goods that are critical in the effort to create thriving communities and individual opportunity — things like education, protection for our air and water, and human services.”

“Pennsylvania needs to significantly increase its investment in the public goods that make the state a great place for all, rich and poor alike, to live in,” said Morris Pearl, Chair of The Patriotic Millionaires. “The Patriotic Millionaires believe that the wealthy, who have benefited more than any other group from the economy and services the state supports, have a responsibility to pay for more of that investment, and we are proud to support the Fair Share tax as a step towards greater tax fairness.”