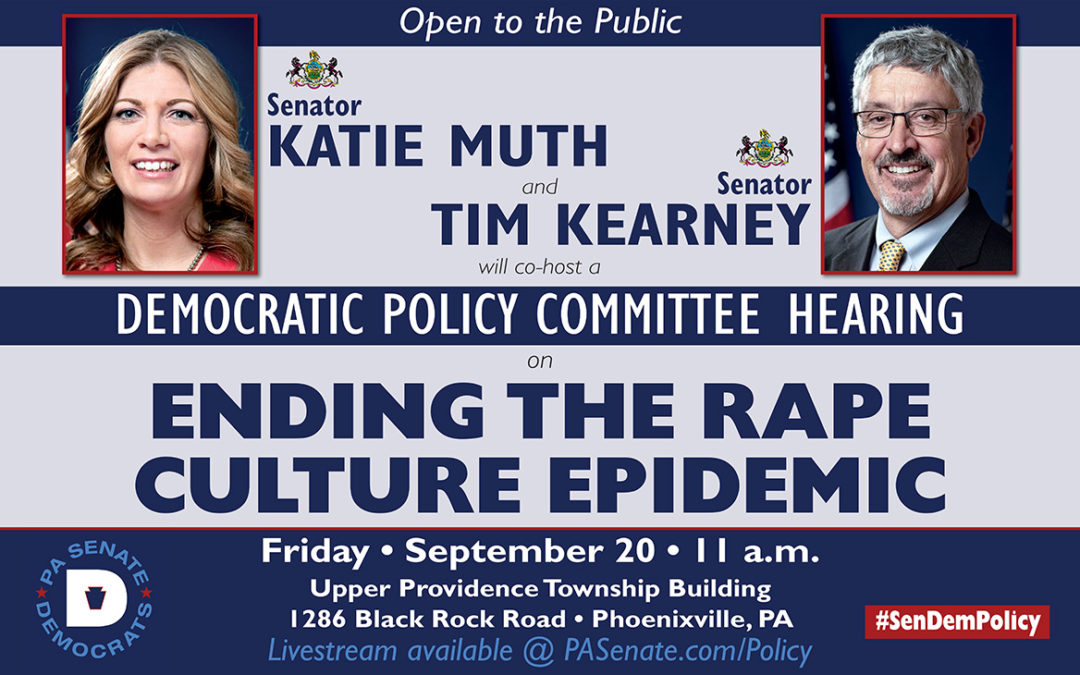 Harrisburg, PA − September 13, 2019 − At the request of Sens. Katie Muth and Tim Kearney, the Senate Democratic Policy Committee will hold a public hearing Friday in Phoenixville on addressing institutional and societal rape culture.

The hearing is scheduled for Friday, September 20 at 11 a.m. at the Upper Providence Township Building at 1286 Black Rock Rd. Phoenixville, PA 19460.

“Rape culture has perpetuated an unfair justice system, where victims don’t have sufficient protections because of lax or missing state laws, and even during the current #MeToo era, there’s not enough urgency for ensuring we change laws to fight this harmful epidemic,” Muth said. “This hearing will discuss legislation that will help dismantle behaviors and practices affiliated with rape culture, how victims need supported by strengthening our laws, and how the effects of trauma impact the lives of survivors.  Elected officials in Pennsylvania must act now to protect all victims as well as protect people from becoming victims in the future.”

Kearney added, “It will take every person choosing to do better and standing up for what is right to end the pervasiveness of rape culture in every aspect of our society.”

The committee is chaired by Sen. Lisa Boscola (D-Northampton/Lehigh).

Testifiers at the hearing will include:

Media coverage is welcome and encouraged.