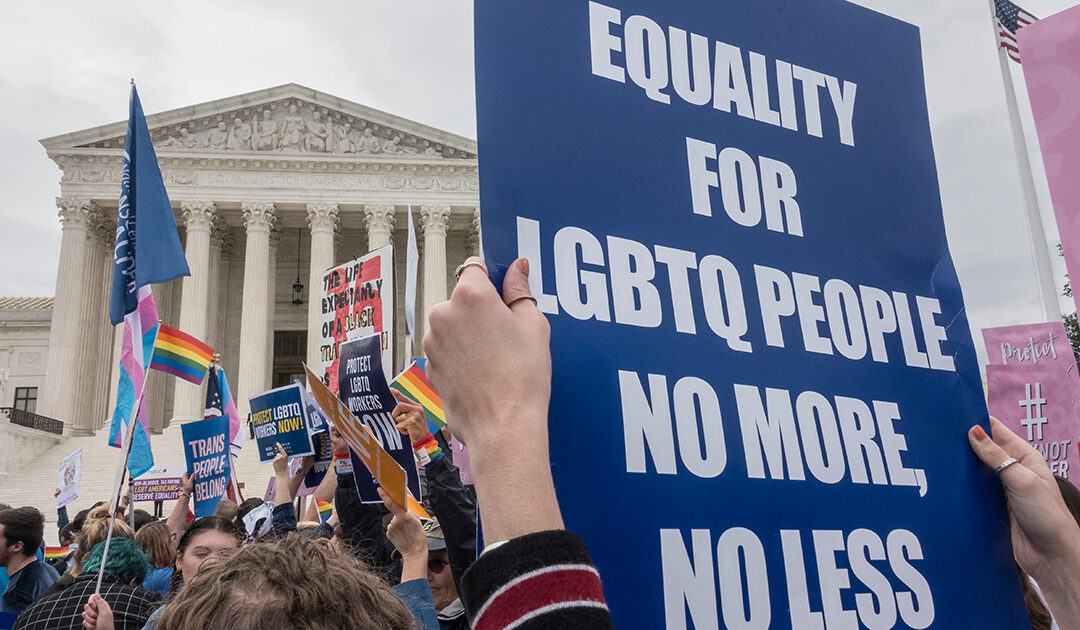 HARRISBURG, March 29, 2022 — A bill that would discriminate against LGBTQ+ students by restricting their ability to participate in their school’s sports programs as the gender they identify with passed the PA House Education Committee Tuesday, despite opposition from members of the LGBTQ+ Equality Caucus that sit on the committee.

House Bill 972 would restrict trans girls and women from playing scholastic and collegiate sports. It passed the PA House Education Committee along party lines and now advances to the House floor for a full vote.

This dangerous bill is part of a larger nationwide effort to fuel a culture war over the existence of transgender people and block their full participation in their own communities. At least a dozen other states have recently passed or considered similar legislation.

“It’s unconscionable that Republicans in the House Education Committee even brought this bill up for a vote, considering this harmful and discriminatory legislation is a direct attack on transgender and gender-nonconforming youth across the state,” said state Rep. Dan Frankel, who founded and co-chairs the LGBTQ+ Caucus. “Even Republican governors are now vetoing these bills because they are cruel and unnecessary. While our Democratic governor surely will do the same, that doesn’t change the fact that transgender youth in our commonwealth are being unfairly targeted. We stand with all LGBTQ+ residents, and we will always do what we can to protect them.”

“In yet another attempt to inflict harm on one of PA’s most vulnerable communities, House Republicans are moving a bill to ban transgender women from playing women’s school sports in Pennsylvania. This is a solution in search of a problem, and with the number of trans women and girls who play sports actually being extremely small, we must recognize this for what it is — an inflammatory move meant to spark a culture war, not a meaningful policy solution for an issue impacting working Pennsylvanians,” said state Rep. Brian Sims, D-Phila., co-chair of the LGBTQ+ Caucus. “Bills like this represent a worrying national trend, but we have already seen Republicans in other states oppose the legislation, showing just how radical, unpopular and out of touch this bill is to Pennsylvanians. We know that trans youth suffer disproportionality from mental health issues, bullying and, sadly, suicide. So, spreading this dangerous misinformation is especially heinous. To trans kids everywhere, I see you, you are loved, you belong and deserve to participate as your authentic self.”

“Once again, the majority party is wasting taxpayer money by bringing up divisive and hateful legislation that pushes a harmful narrative instead of addressing legislation that could help expand educational resources and protections for all students,” said state Sen. Katie Muth, D-Berks, co-chair of the LGBTQ+ Caucus. “This bill is an ignorant attempt to fix a problem that doesn’t exist. If the majority’s intent is to give women a level playing field, we should address the inequities in funding, resources, media coverage and pay in women’s sports.”

The Pennsylvania LGBTQ+ Equality Caucus is a bipartisan and bicameral caucus made up of members of the General Assembly who advocate for equality for lesbian, gay, bisexual, transgender and queer residents. It was formed in 2011 by state Rep. Dan Frankel, D-Allegheny, to fend off attacks on and fight for the rights of LGBTQ+ people. Since that time, the General Assembly and the caucus have come to include three out members, including Sims, state Rep. Malcolm Kenyatta, D-Phila., and first-term state Rep. Jessica Benham, D-Allegheny.