Muth, Rabb, Krasner, and Advocates Call for Swift Passage of No Consent in Custody 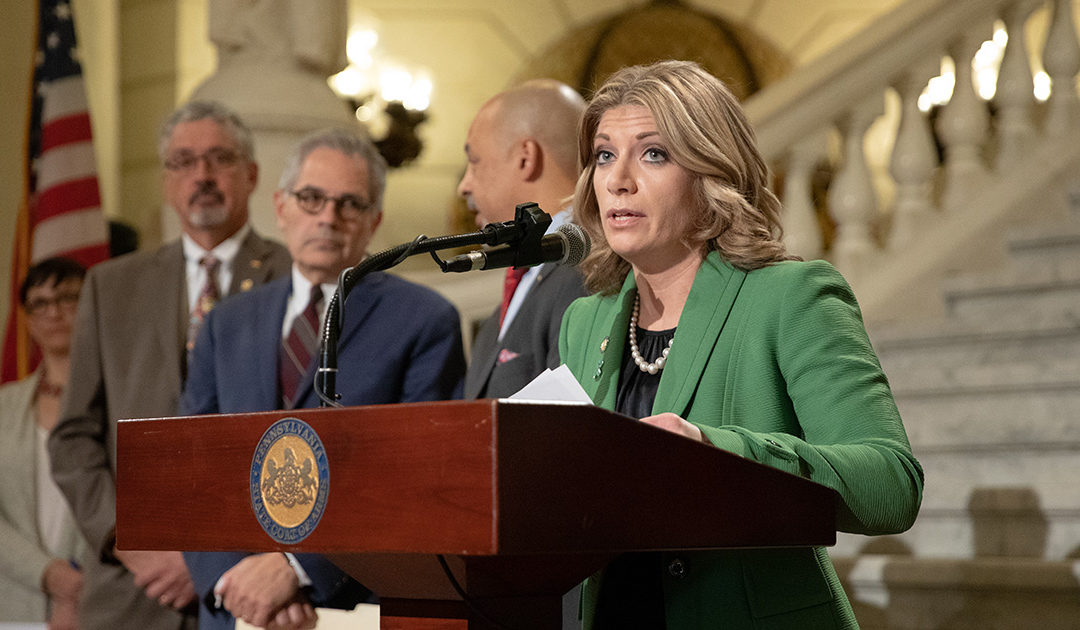 “There can be no consent to sexual contact between law enforcement and the person they have in their custody,” said Muth. “The inherent power dynamics of an arrest and custody situation does not allow for consent to be made. Let’s be clear, the ability to give consent while in custody with law enforcement does not exist in any instance where an officer has used consent as a defense against their assault of Pennsylvanians.”

“This legislation would protect all Pennsylvanians from being victim to this heinous abuse of power and deserves bipartisan support.”

The legislation was first introduced by Rabb in the House last session. Muth supported this effort by introducing companion legislation in the Senate.

Senate Bill 851 and House Bill 1807 would expand the already existing definition of institutional sexual assault to include law enforcement and those in their custody, making any sexual contact between law enforcement and a person in custody a third-degree felony.

“It breaks my heart to have to inform people that we need to enact a state law to prohibit law enforcement agents from making sexual contact with people in their custody,” said Rabb.

“Senator Muth and Representative Rabb’s bills will make laws regarding sexual assault of persons in official custody consistent, predictable, and therefore more effective at deterring mistreatment and abuse within the Pennsylvania criminal justice system, all of which have already taken incalculable tolls on people’s lives and trust in government – and have resulted in millions of dollars in lawsuits,” Krasner said. “A modern and accountable criminal justice system actively discourages rape and sexual assault through policy and practice, just as we’ve come to expect of all other institutions, from churches to schools to corporations.

“I am thankful to join these leaders and advocates for a more fair and just criminal justice system in the Capitol today, and I urge the timely passage of this No Consent in Custody legislation.”

Elizabeth Randol, legislative director of the ACLU of Pennsylvania, expressed concern of how current law does not adequately hold police officers accountable with the power that comes with their position.

“Current law completely ignores the incredible power police officers have over civilians in general, particularly those in their custody,” said Randol, legislative director of the ACLU of Pennsylvania. “That power dynamic makes consent impossible in this circumstance. Anyone in police custody implicitly understands this and knows that not going along with a police officer’s wishes could have serious adverse consequences.”

“Supporters of this legislation recognize that people detained by law enforcement are vulnerable. If enacted, this legislation will hold to account those officers who take advantage of that vulnerability.”

The lawmakers and advocates were joined by Shonette Parilla who shared her experiences witnessing non-consensual behavior at the hands of law enforcement during her time as an employee at a correctional facility and a 24-hour period where she was held in custody.

“As a former employee of George W. Hill Correctional Facility in Delaware County, as well as a former inmate for 24 hours following a dispute with a landlord, I have a unique insight into the extreme vulnerability of people who are taken into custody. I witnessed a great deal of inappropriate, non-consensual behavior between guards, staff, and inmates,” Parilla said. “The concept of sexual consent cannot exist when the power imbalance is as huge as it is within a prison, a police car, or any other situation where one party has all of the power and the other party has none.”

“I am thankful to the sponsors of this important bill, especially Senator Katie Muth and Representative Chris Rabb, and I hope their colleagues and Governor Tom Wolf join them in protecting the rights of women and all people who are trapped within the criminal justice system.”