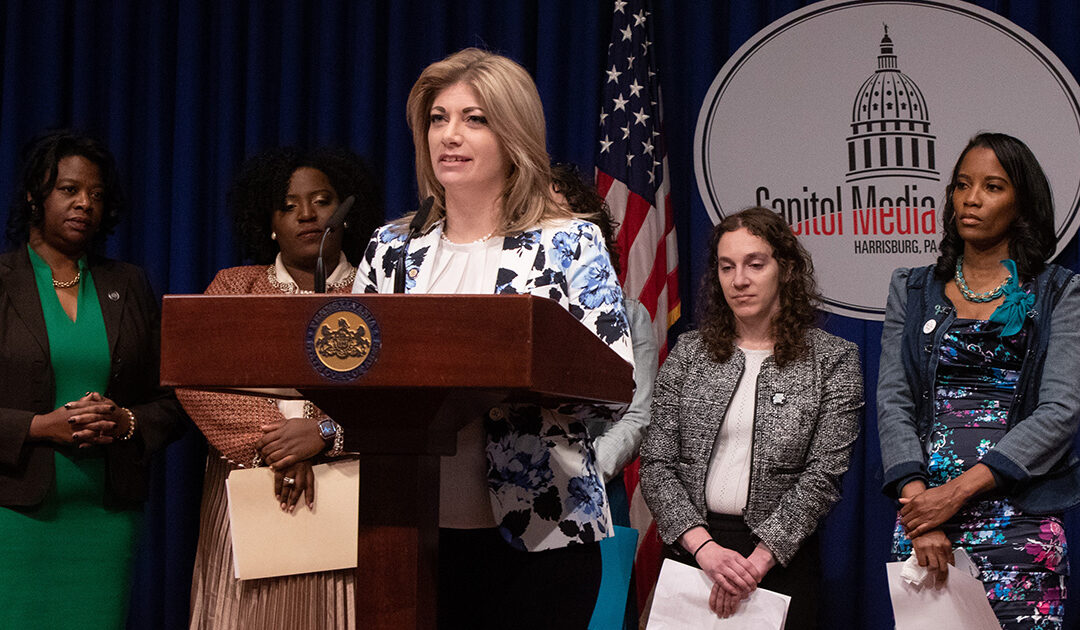 McClinton and Muth’s legislation, which has bipartisan support, would create a statewide rape kit tracking system to provide sexual assault survivors with access to timely information and status updates regarding evidence in their cases – such as where it is currently located, when it was submitted, and who to contact for help and more information.

“While Pennsylvania has drastically decreased its untested rape kit backlog, it is unacceptable that so many who have survived the horrors of being sexually assaulted don’t know where to turn for information about their case and can go months without receiving an update,” said McClinton, D-Phila./Delaware. “We are working to ensure these brave individuals get answers in a timely fashion that they need and deserve by creating a system that keeps them informed every step of the way while connecting them with critical services that are available to further help in their recovery.”

“I am honored to work with Leader McClinton on this legislation that would increase transparency and give victims of sexual assault, abuse, rape, and violence access to important information and real-time updates concerning their case through a tracking system database,” said Muth, D-Montgomery/Berks/Chester. “Every sexual assault kit is more than just a number – it represents the individual who lived through hell and deserves justice.

Both legislators were joined by sexual assault survivors and advocates from the Pennsylvania Coalition Against Rape and WOAR – Philadelphia Center Against Sexual Violence, who strongly support their legislation.

“PCAR is grateful to Senator Muth and Representative McClinton for their leadership on legislation that would establish a statewide tracking system in Pennsylvania for all sexual assault evidence,” said Donna Greco, PCAR’s Policy Director. “Far too often, victims and survivors are left wondering what the status of their case is. Victims and survivors of sexual abuse deserve a better system. Thanks to Sen. Muth and Rep. McClinton’s leadership, the statewide tracking system legislation would allow victims and survivors to receive timely status updates associated with their case as well as helpful reminders about services, such as rape crisis services, and their rights as a crime victim in Pennsylvania.”

The legislation would also develop an advisory committee made up of the Pennsylvania State Police, Pennsylvania Department of Health, Pennsylvania’s Office of Attorney General and other stakeholders to come up with best practices for creating and maintaining the tracking system.

At this point, more than 20 states have passed similar bills, including Idaho where their state police developed a sexual assault kit tracking system that is available at no cost to other states.