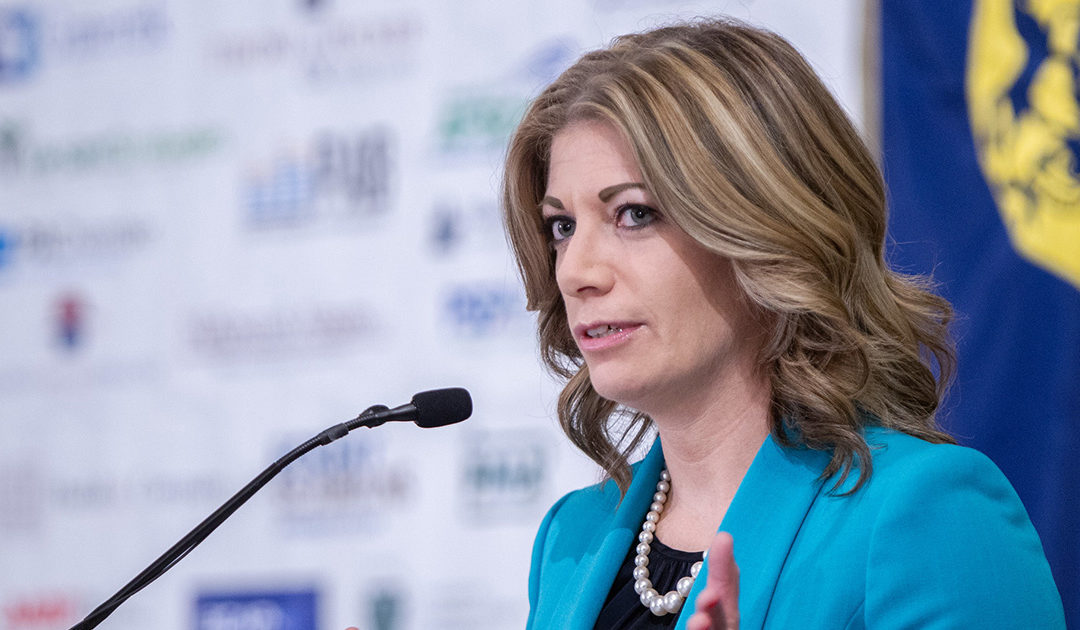 “Recent studies, such as the multifamily investigation published by the Environmental Health News, highlight the true risk so many Pennsylvania families face due to toxic and radioactive contamination caused by fracking,” said Senator Muth.  “Quite frankly, allowing children and families from throughout our Commonwealth to suffer in the name of corporate profit is unacceptable, unethical, and immoral.  We are calling on Governor Wolf and the Pennsylvania Department of Health to immediately initiate a comprehensive study of the health impacts of fracking that relies on a best practice biomonitoring approach.  Anything less will only result in faulty data focused on proving a negative rather than protecting the public.”

The request was made in a bicameral letter to Governor Tom Wolf highlighting the results of comprehensive scientific investigation of families who live within miles of multiple hydraulic fracturing wells in Westmoreland and Washington counties.  Initial results showed high levels of benzene and butylcyclohexane in both the drinking water and air samples.  Chemicals such as ethylbenzene, styrene, and toluene were also found in the bodies of children who live near fracking well sites.  The chemicals identified in the study are linked to a wide range of health impacts, such as increased risk of cancer, skin and respiratory irritation, permanent organ damage, and irreversible neurological impacts.

“This administration has assured that families who live in the shadow of hydraulic fracturing infrastructure will be protected from negative health consequences,” said Representative Innamorato.  “This study adds to the ever-growing mountain of evidence that illustrates that this is not the case. While this study is small in size, the preliminary results are alarming and studies of this nature must be expanded upon as part of the Governor’s plan to ensure the health and safety of all residents of this Commonwealth.”

“This past year has demonstrated how seriously we must take public health. We need to immediately implement the dedicated funds to study the health impacts of fracking and identify all of the harms to the people living in communities affected by it.”  Senator Cappelletti continued,  “Specifically, our methodologies need to be reflective of quality public health studies like those done in Washington and Westmoreland Counties. Only then can we truly learn the full extent of the problem, the real effects on public health, and how to address it.”

“Representing a district plagued by negative health outcomes caused by decades of PFAS contamination, I am acutely aware of the need to invest more in these types of studies and proudly stand with my colleagues in urging further research to assess the health risks associated with proximity to fracking sites,” said Senator Collett.

“The past year has shown the importance of protecting public health for our families and our future,” said Senator Kearney. “We need to better understand the dangers posed to people living near fracking sites, and we should be using a similar methodology as the pilot study in Washington and Westmoreland Counties. As public servants, we must do all we can to protect the air we breathe, the water we drink, and the communities we call home.”

This letter to Governor Wolf referenced the recent decision by the Delaware River Basin Commission (DRBC) to ban all hydraulic fracking in the Delaware River Basin due to unavoidable risk of drinking water contamination for millions of Pennsylvanians.  The DRBC was formed through concurrent compact legislation of the four Delaware River Basin states and the federal government.  Pennsylvania Governor Tom Wolf has a seat on this commission and voted in favor of the fracking ban.  The joint letter requests clarification on the degree of protection those living outside of the Delaware watershed have from the harmful health risks associated with fracking and directly inquires if the Administration believes fracking is safe for families throughout the Commonwealth.