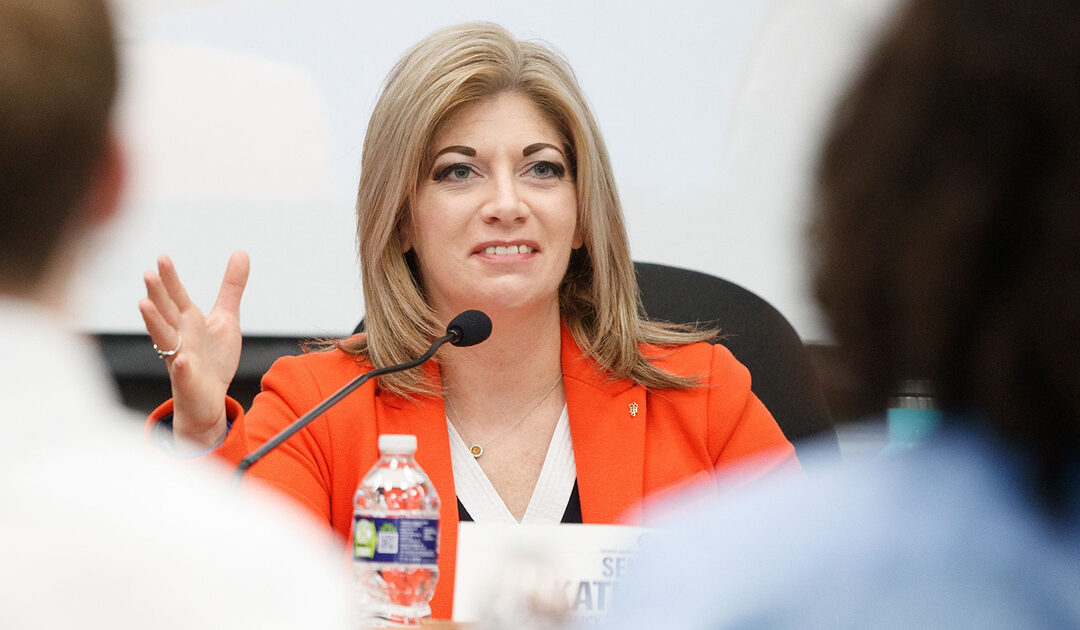 ROYERSFORD − August 5, 2022 − State Sen. Katie Muth (D-Chester/Montgomery/Berks) today commended the hard work of community watchdogs and impacted residents whose persistence, consistent documentation, and reporting of issues related to the construction of the Mariner East Pipeline have led to the conviction of Energy Transfer for environmental crimes.

The conviction was announced earlier today by Pennsylvania Attorney General Josh Shapiro in Harrisburg.  Shapiro announced that Energy Transfer (Sunoco) pleaded no contest – meaning the company will be convicted of charges brought against the company in October 2021 regarding their unlawful impacts on water quality as a result of pipeline construction.

“Thank you to all of my constituents and other residents who came forward and documented the many failures of Energy Transfer, and ultimately helped the Attorney General build a strong case to finally convict this serial corporate polluter for their crimes against our environment, our communities, and our water,” Muth said. “Thank you also to Chief Deputy Attorney General Rebecca Franz and her team for their tireless efforts in reaching out to residents across the state who’ve been harmed by Energy Transfer’s recklessness during construction of the Mariner East 2 pipeline, and for making sure this repeat corporate polluter is held accountable for their crimes and ensuring that these impacted residents will again have access to safe, clean drinking water.”

As part of the plea, Energy Transfer is required to fully fund a review of the water of any resident who believes their drinking water was impacted by the construction of the Mariner East 2 Pipeline and any recommended water quality testing that will be conducted by independent, professional geologists. If the testing determines that pipeline construction has damaged a resident’s water supply, Energy Transfer is obligated to fully restore safe water. Any residents who are interested in having their water tested must sign up by Friday, August 19 by emailing watertesting@attorneygeneral.gov or by calling 570-904-2643.

In addition to residential drinking water, the plea agreement also requires Energy Transfer to pay $10 million to make the water sources most damaged by construction cleaner and safer. This funding will be directed through existing Commonwealth programs such as DCNR’s Grant Program, Growing Greener Plus, the Coldwater Heritage Partnership, and others.

In October 2021, the Attorney General charged Energy Transfer with 48 environmental crimes associated with the construction of the Mariner East Pipeline for repeatedly contaminating lakes, rivers, streams and groundwater with drilling fluid from 21 drill sites across the Commonwealth. Additional charges included Energy Transfer’s failure to report environmental damage and criminal use of unapproved additives in drilling fluid.