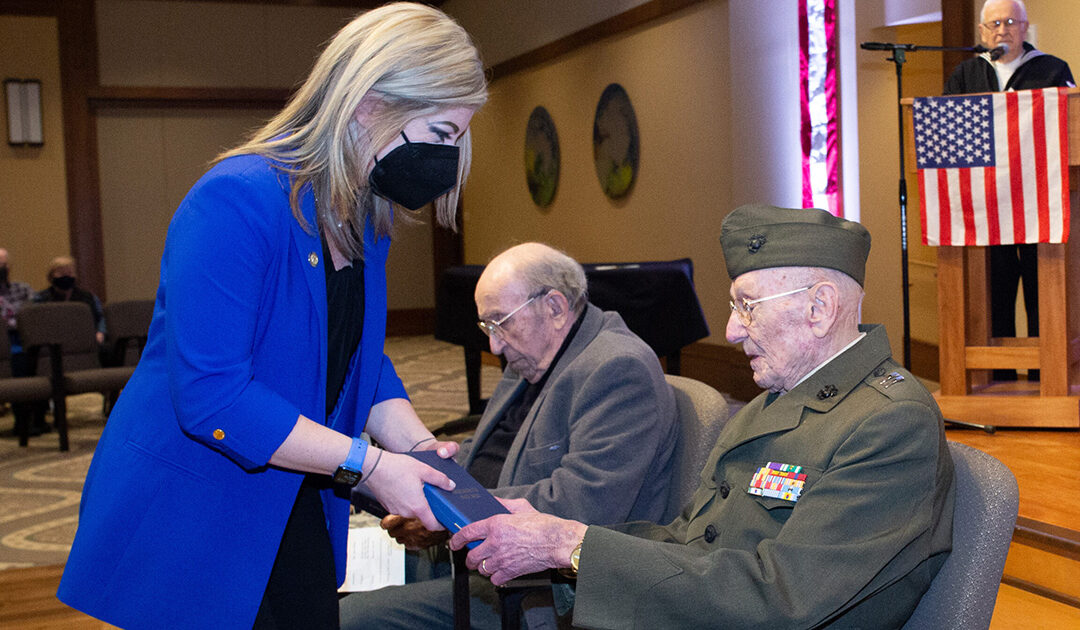 “Our veterans across the Commonwealth and across the country deserve all of our gratitude and thanks not only today on Veterans Day – but every day for their bravery, their service and their sacrifices,” Muth said. “It was an honor to present these veterans and their families with the Korean Ambassador for Peace Medals for their service to our country in the Korean War.”

Senator Muth’s office assisted the veterans and their families in applying for the Korean Ambassador for Peace Medal which is an expression of appreciation from the Korean government to United States service men and women who served in the Korean War.

To receive the Korean Ambassador for Peace Medal, an eligible veteran must have served in country during the Korean War from June 25, 1950, to July 27, 1953, or have participated in UN peacekeeping operations until the end of 1955. Members of the US Navy are also eligible if they had served aboard a naval vessel that was assigned to Korean waters during the 1950 to 1953 timeframe.  It may also be awarded posthumously.