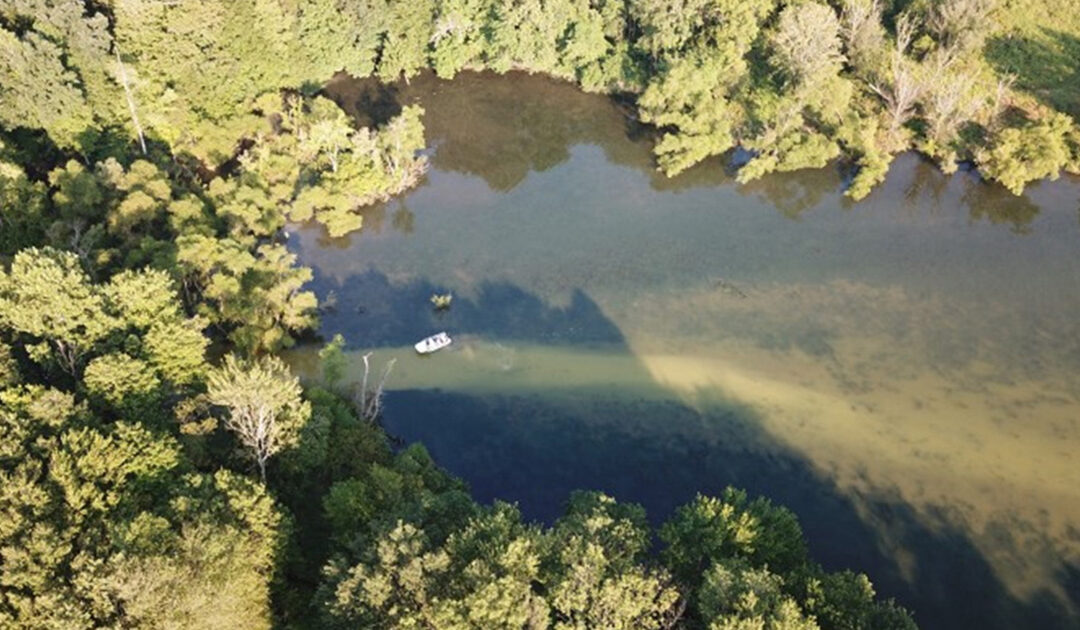 August 10 marks the two-year anniversary of the spill, which sent more than 20,000 gallons of drilling mud into streams, wetlands, and the lake during construction of Sunoco’s Mariner East II pipeline. A Consent Order and Agreement signed in December between the Department of Environmental Protection, the Department of Conservation and Natural Resources, and Sunoco Pipeline L.P., a subsidiary of Energy Transfer, required Sunoco to complete dredging, remove the dredged material to an approved disposal facility, and restore the access and staging areas on or before July 1, 2022.

In documents submitted to DEP on June 23 and July 7, Sunoco attributed its failure to meet the agreed-upon schedule to a number of factors, including weather, the presence of an unexpected amount of debris in the lakebed, and repeated significant equipment failures, including the July 1 failure of a containment bag at the sediment dewatering site. The biggest delay was attributed to the company’s discovery of two existing pipelines under the area to be dredged, meaning that the planned mechanical dredging could not be completed safely, so divers were brought in.

“We are now more than one month past the deadline and two years past the spill and Sunoco has failed to complete the required remediation and restoration in the timeframe agreed to,” Otten said. “The excuses for their delays are things they could and should have accounted for in their planning process — especially the existence and location of two pipelines clearly visible on public maps to anyone with a browser and an internet connection. This operator continues to show absolute disregard for the people and communities impacted by their work. Senator Muth and I have met with DEP for updates on the project and have called on DEP to hold Sunoco accountable to the fullest extent possible for their ongoing delays.”

While Sunoco completed the removal of the top six inches of sediment from the affected portion of the lake in late July, allowing the 33-acre Ranger Cove section of Marsh Creek Lake to finally reopen to the public after nearly two years, cleanup and restoration of the sediment dewatering field, located in a neighborhood just outside Marsh Creek State Park, are still underway.

“Energy Transfer (Sunoco) continues to prove that they cannot operate responsibly in our commonwealth. After spilling over 20,000 gallons of industrial waste into Marsh Creek Lake, a drinking water supply for thousands of families, they have also failed to remediate and restore the lake and aquatic habitats by the required deadline of July 1,” Muth said. “Further, they have failed to ensure clean drinking water for impacted residents whose private wells are irreversibly contaminated from other reckless operations during construction of the Mariner East II pipeline.”

“I’m not surprised that Energy Transfer made sure to complete their pipeline in an expedited manner even with a mandated reroute. It is boldly clear that Energy Transfer doesn’t care and has never cared about anything other than ensuring their own profits even if it means harming our waterways and communities. They failed to complete remediation on time but forked over big cash to buy houses in the way of their cash cow to make sure that they could be fully operational by the end of the second quarter of this year,” Muth added. “The powers that be in Harrisburg, on both sides of the aisle, have allowed corporate polluters to make our communities into sacrifice zones for the sake of shareholder wealth. If an entity can’t be an honest, respectful partner, they shouldn’t be allowed to do business in our Commonwealth.”

The Consent Order and Agreement gives DEP the ability to impose penalties of $10,000 per day for each day past the July 1 deadline and allows the department to exact more severe penalties as appropriate, up to and including the forfeiture of a $4 million surety bond posted by Sunoco at the outset of the agreement to ensure the performance of the company’s obligations.

In its settlement with DEP and DCNR, Sunoco agreed to dredge and remove contaminated sediment; replace damaged fish, wildlife, and turtle habits; and restore the shoreline and streamline buffers. The company also agreed to pay $4 million to DCNR for improvements to the lake and park and $341,000 in DEP permit violations. The settlement requires Sunoco to follow the agreed-upon Impact Assessment and Restoration Plan and restore the lake to “as good or better” than its condition prior to the August 2020 spill.